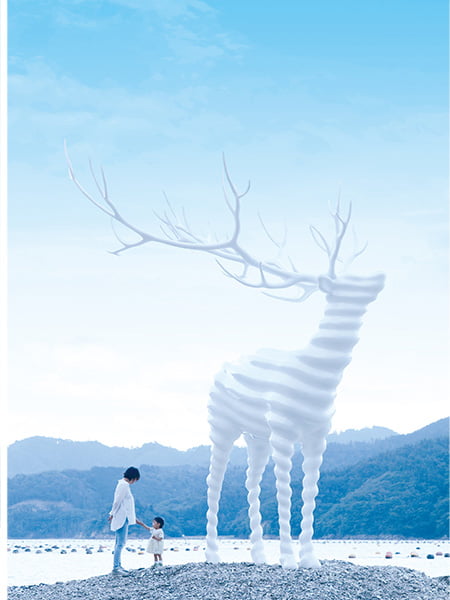 WHITE DEER
White Deer (Oshika) is a sculpture that reinterprets Shinroku, the holy deer that is depicted in ancient Japanese mythology, using modern technology. It was first exhibited at Reborn-Art Festival 2017, the comprehensive art festival for art, music, and food held in Ishinomaki, Miyagi, with the exhibition being set up in Oginohama on the Oshika Peninsula, where many deer live. The white deer, which is a messenger sent by nature, appears in a human settlement to pose a question to human society and waits for the arrival of spring with its long antlers raised to the sky.

The objective of this project is to negotiate with the City of Ishinomaki to have White Deer (Oshika), which is scheduled to be exhibited temporarily until 2027, exhibited permanently in Oginohama. A portion of sales will be donated to the Executive Committee of the Reborn-Art Festival so that the sculpture can be maintained.

By all means, please participate in this completely new endeavor to explore a new ideal of public art that bridges the real and virtual worlds. 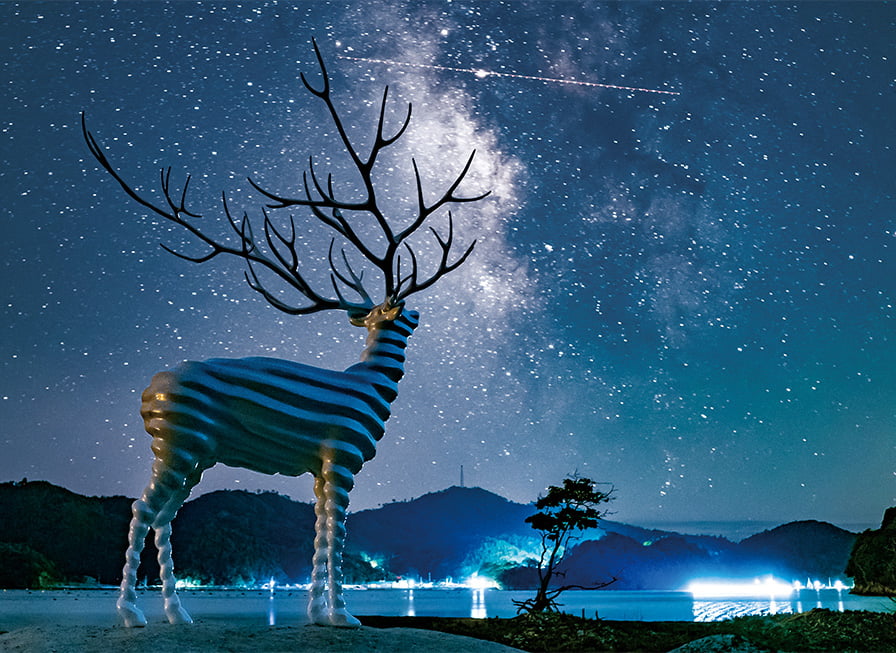 ABOUT THE ARTIST
KOHEI NAWA 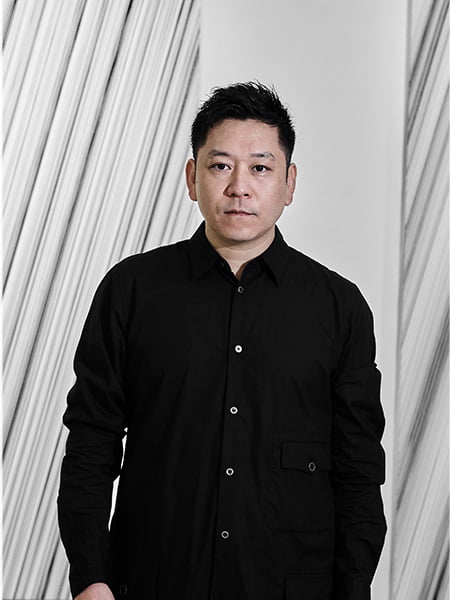 Born in 1975. Based in Kyoto. Completed a doctoral program in Sculpture at the Graduate School of Arts at Kyoto City University in 2003. Received a doctoral degree. Founded Sandwich in 2009. Focused on the “outermost layer of the skin” of sculptures as an interface that connects with the senses and released PixCell as a symbol for the information age in 2002 based on the concept of cells. Interpreted the definition of sculpture flexibly and produced perceptual experiences in which the viewer unravels the physical properties of the materials, such as through Direction, the painting drawn by gravity based on the theme of the relationships between life, space, sensibility, and technology, Force, which involves a downpour of silicone oil in the art space, Biomatrix, which involves a grid of bubbles appearing on a liquid surface, Foam, in which the bubbles themselves grow into a tremendous size, and other works. Has engaged in architectural projects, such as the KOHTEI art pavilion, in recent years. Held a special exhibition of the sculpture Throne inside the Louvre Pyramid in France in 2018. Has been presenting the performance art piece Planet [wanderer] in collaboration with the Belgian choreographer and dancer Damien Jalet in Europe since 2021.
MORE →
AUCTION
ENDS:
00
DAYS
00
HRS
00
MIN
00
SEC
VIEW ARTWORK