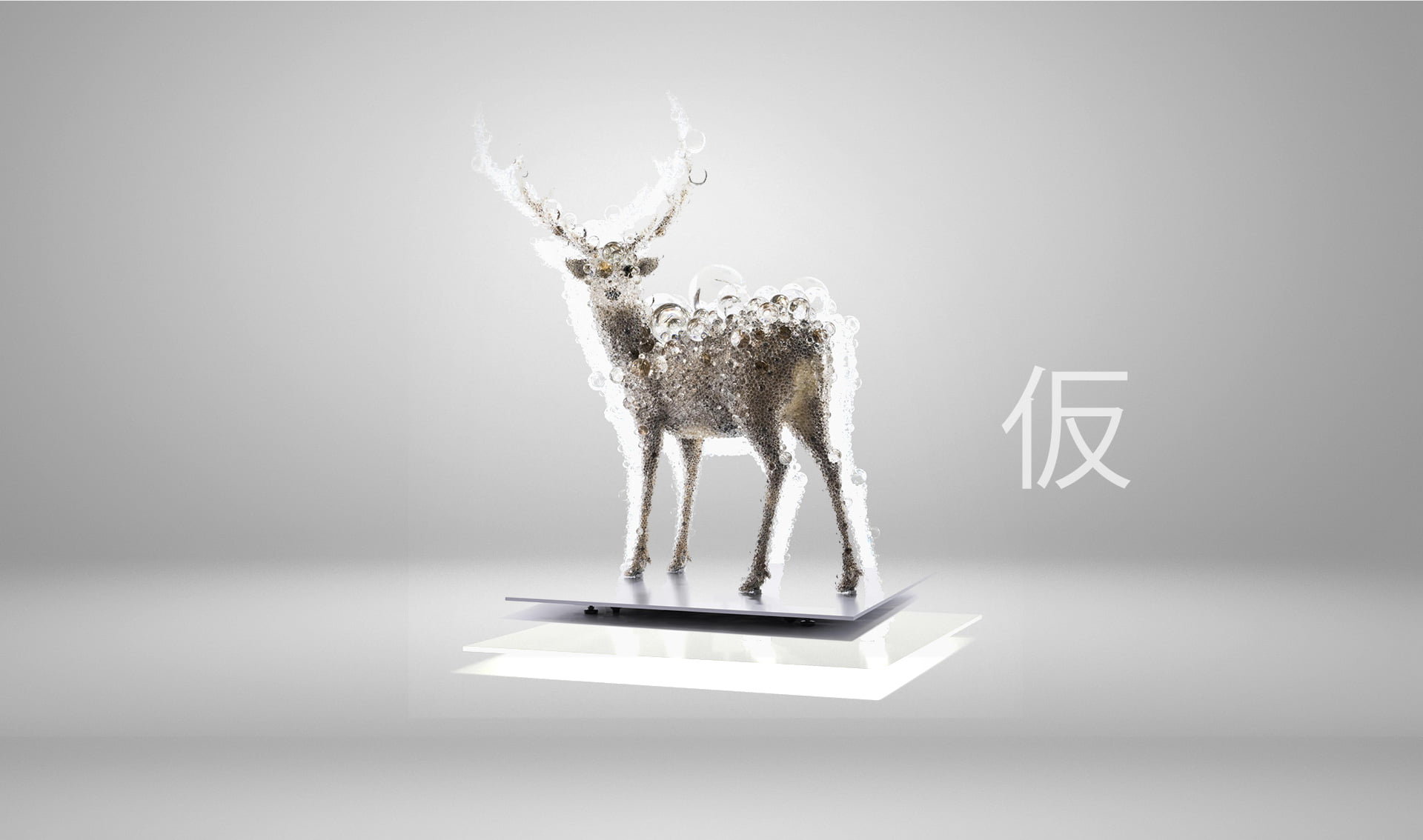 COMING
SOON
WHITE DEER
EDITION 1 of 1
COMING
SOON
CURRENT PRICE
0.0
ETH
($0)
MAKE A BID
AUCTION
ENDS
00
DAYS
00
HRS
00
MIN
00
SEC
ARTWORK DETAILS
Deer have long been held dear by believers of animism and Shinto as a messenger from the gods and the beast of the gods. The deer population in Japan has continued to grow recently, and deer that appear in human settlements from time to time are called lost deer. White Deer was produced based on data that was obtained by gathering lost deer (stuffed deer) that appear on the internet and taking 3D scans.

2. Concept Movie(.mp4) - High Resolution
CG images based on 3D data
The theme is “White Deer after 10,000 years. There is only the sky, the sea, the landscape, and White Deer. The sun rises and sets again. This cycle will continue for a long time to come on the earth. The message is that even if civilization dies out, “Data” will exist forever.